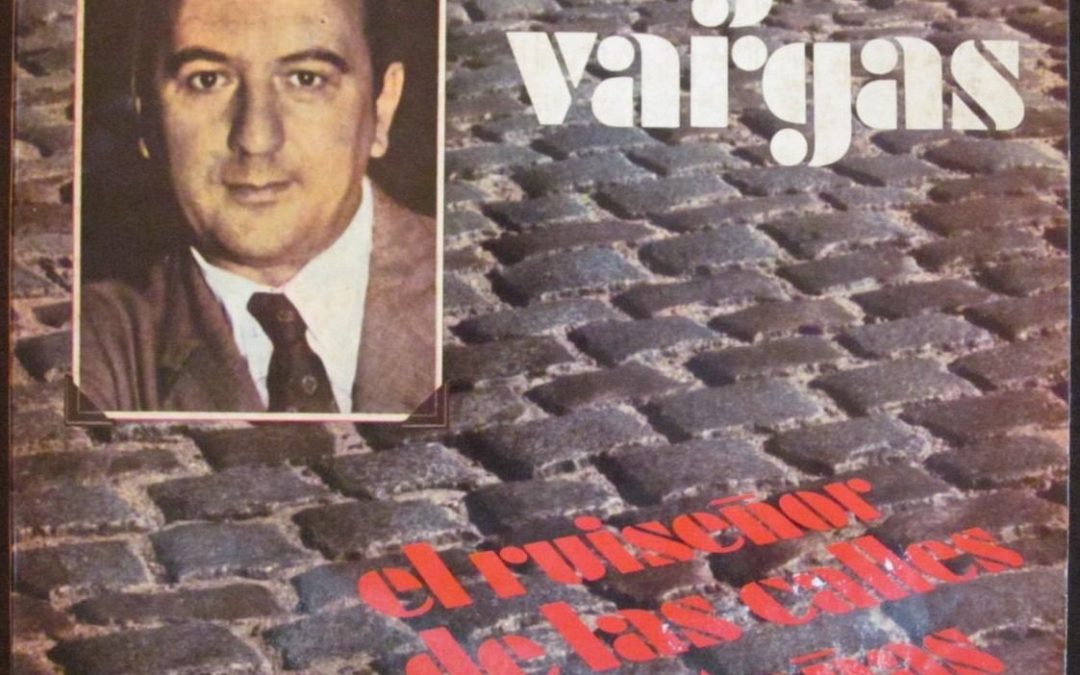 Angel Vargas (José Ángel Lomio) has been called the Frank Sinatra of tango, but in his time he was referred to as El Ruiseñor de las Calles Porteñas.  He rose from humble beginnings working in a meat processing plant to become one of the stars of the golden age of tango. During the period 1940-1946 he performed and recorded with the orchestra of Ángel D’Agostino.

From the biography by Ricardo Blaya:

The team D’Agostino-Vargas is, in my opinion, one of the most perfect mechanisms which tango had, only comparable to that of Aníbal Troilo with Fiorentino. During their time together, the “Two Ángels” recorded almost 100 tracks. For whatever reason, Vargas split with D’Agostino and formed his own orchestra. He recorded for another thirteen years, but died unexpectedly at the early age of 54. After hearing the news, D’Agostino wrote a tribute to him entitled “El Ruiseñor” which he recorded with vocalist Roberto Alvar a few months later.

From the second verse come the touching words:

Nightingale of the streets of Buenos Aires
You crossed to a corner of heaven,
But we always have the consolation
Of hearing your voice in the groove of a disc

Since Vargas recorded so much great music, it is difficult to choose just one. Here are a couple of favorites:

Could Sinatra have done better?