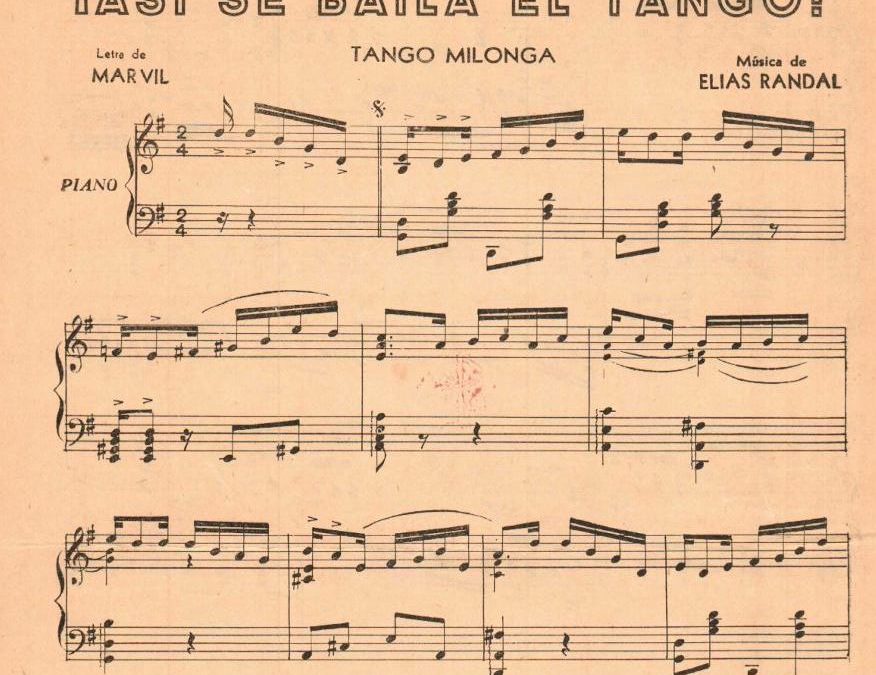 From Tanguito comes the legend:

“Asi se baila el tango” was no doubt immortalized by Castillo’s personal and controversial interpretation. Many things about Castillo were unusual and caused sensation, especially the way he had to start rows. He used to sing “What do they know the dandies, the trendy rich boys with their affected manners!” [the first line of this song] with so much passion, that some of the well-off spectators sometimes felt insulted and answered back. He would then step down from the stage, start a fist fight and then carry on singing, apparently indifferent to how messy his outfit had got.

Again from legend, police would often have to block off traffic when he sang with the orchestra of Ricardo Tanturi.  Despite his enormous success with Tanturi, he abruptly left after 3 years and 37 tracks. He continued recording, especially a large collection of the African tango version, Candombe. Perhaps the line he sings in Bronze above “Africa vive en la danza” explains his passion.

His split with Tanturi was not the first time he abandoned a successful enterprise. He had been a gynecologist before achieving fame, but when it became know that Dr. De Lucca and Alberto Castillo were one and the same, his office was flooded with young women wanting to be examined by the star. As told in the biography by Roberto Selles (Here).  So in the afternoons, doctor Alberto Salvador De Lucca left his consulting room and ran to the radio to turn into the singer Alberto Castillo. There were complications, when in the waiting room of his consulting room, there was no more space for so many women, mostly, young. There was an explanation: the singer had an incredible appeal on the weaker sex and as news had spread that he was a gynecologist, those who found out where his consulting room was, ran to be treated by him. Castillo remembered the story which revealed the never ending flow of ladies into his consulting room: “Are you ready, madam?”, he asked to a patient who was undressing behind a folding screen, and she answered not at all embarrassed: “I am, doctor. And you?”

Castillo’s son Alberto Jorge also became a gynecologist. Possibly he received some fatherly advice to avoid trying to balance that with a career in tango.